Works Trials Bikes Owners Group, 100 member strong which includes owners; works riders; engineers; mechanics; journalists and historians of the sport of trials, (I was honored by the founders to be included as one of these 100 members) from all over the world (Europe, Japan and the USA).

You can find extended information at: https://onlytrial.com/works-bikes-essential-chapter/

Chris Mulhall, a friend of this website, built 20 or 30 years ago a Fraser Honda. He bought the frame kit in Birmingham from an advert in the Trials and Motocross Newspaper.

The frame kit was probably for an XL185. Chris built it with a TL125 engine with a Sammy Miller 150 kit and XL185 forks. The petrol was in the top frame tube like some of the bikes on your page but the large diameter tube is shorter, only the length of the hump in the seat and tank cover.

«Although it is branded as a Bill Head BH185 I was told it was a Fraser frame kit when I bought it. «

«I came across your website while trying to research a Fraser Honda trials bike that I built some years ago and sold. It is a great website that I visit regularly «

Bill Head was an off road Honda dealership in Birmingham. After Chris sold the bike he lost track of it and he never seen it again. If somebody know something about, please contact me. Chris and me will thank you any information.

Thanks to Chris Mulhall

Do you have interesting info to share? Please don’t wait, send me please what ever you think the Honda Trials History followers could valuate and enjoy.

Marina designed her own TL125. She used the Honda light silver, inspired from vintage trials and trail Honda like Elsinore was.

Thanks to friend of this site Reio Ono «Reono» to share me these nice pictures from his latest project. This time a nice TLM restoration with a very special retro feeling from the seventies Honda Trials reinforced with the use of the sixties Honda wing logo. Congratulations Reono!! I love this job.

Merry Christmas!! Enjoy your bikes friends! and stay tunned to my news.

This next year 2019 I have a great surprise for all of you! 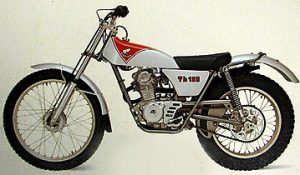 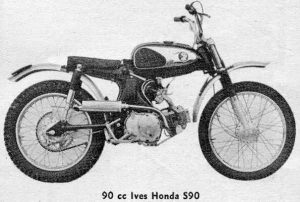